Last year I ran the Quicksilver 50K with just a handheld & GoPro and lived off of the aid stations. Not so fast this year. With a cloudless sky and temperatures in the high 80’s, it was scorching out there. I had my shades on the whole time, but looking at the pictures as I write this blog, you can feel the heat radiating from them. Here’s my Strava activity:

The few weeks leading up to the race, I spent a fair bit of time focusing on running uphill and the first half of the race showed that. Lots of PR’s and I felt like I ran most of the hills for the first 15 miles. Shared some early miles with Ash Ley and saw Mandie Holmes coming back from the Hicks aid station. After that I didn’t really see many familiar faces. It felt like early on in the race, everyone found their place and mostly stayed in that pack. The last ~20 miles, I was running with 3 or 4 runners and we mostly stayed in line of sight with each other till the finish line. Made to the Mocking Bird AS (miles 13) around 2:10 which in hindsight was better than last year. But even as we entered the shaded part of the run up to Bull Run AS, could definitely start to feel the heat. Filled up the camel bag with water & ice and bounded out. Reached McAbee AS (mile 22.4) in about 4:20. New Almaden trail was shaded for sure, but dusty and filled with all kinds of pollens and the heat just stayed trapped there. Lots of dousing with water to stay cool. And I was going through a heck of a lot of salt pills. Like 2 every 30 minutes or so, depending on the severity of the cramps. Glad I packed a bunch. The 4.9 miles from McAbee back up to Bull Run was fully exposed with occasional breeze on the ridges. The only thing that mattered was I was moving, sugar level reasonable, but dang it was warm. More salt pills, lots more. After what felt like eternity pulled into the AS at 5:48. I was joking around asking if anyone had beer and Mike Kreaden pops a can of amazing IPA and pours it out into a cup. I’m like, “dude, I still have 3 miles to go”. But took a few sips and dang, best thing ever. Thank you Mike! 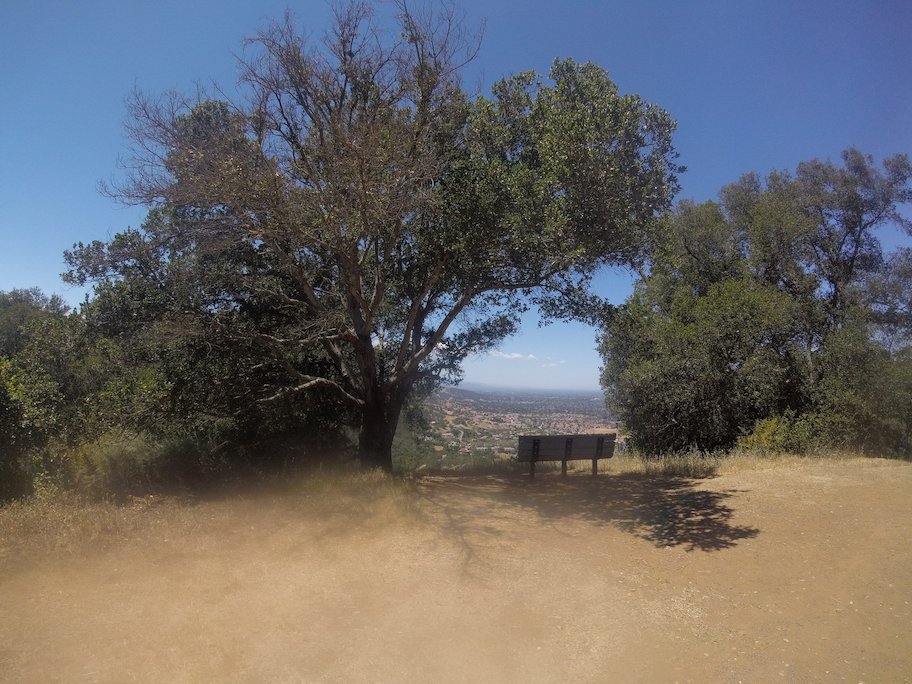 Fought more cramps and the side stitches (where did that come from?) and pulled into the finish line at 6:20, 12 in AG. All of the soreness I felt afterwards were typical, but I think I lost a lot of salt and the electrolyte imbalance definitely took me a while to recover. Half hour to down a coke and 90+ minutes to nibble down a couple of veggie burgers. And stomach cramps late into the night. Like I said, character building.